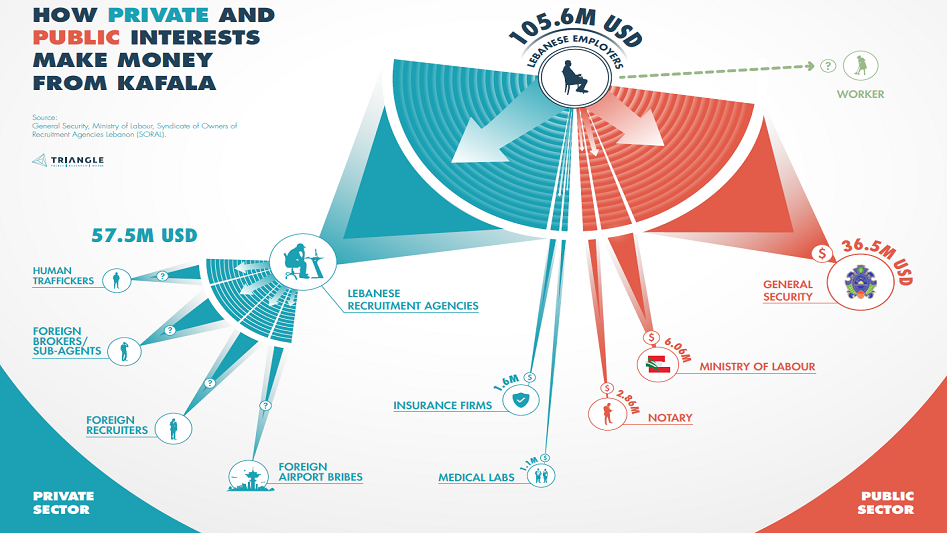 For decades, Lebanese employers have exploited migrant workers under these draconian rules, which permit working conditions that are woefully paid, unsafe, and -- in some cases, deadly.

Under kafala, migrant workers are excluded from Lebanon’s labour laws and rely on their kafeel (sponsor) for residency. The rationale for this system is simple: it props up a financially lucrative industry.

Activists can expose kafala’s rapacious stakeholders by following the trail of dirty money, from human traffickers in the workers’ home countries to the Lebanese recruitment agencies themselves.

To read the full report